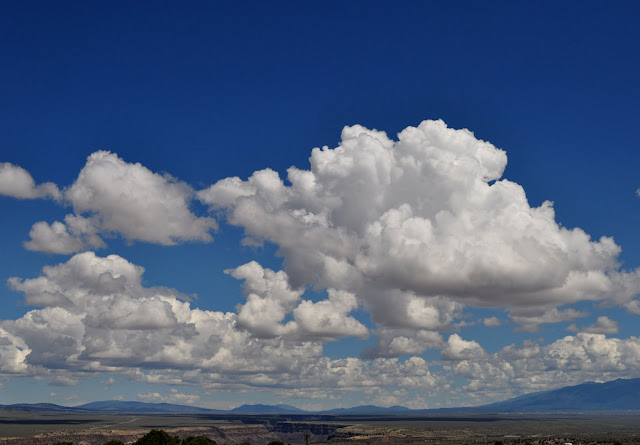 Last Sunday I had the joy of sharing some of my favorite Taos spots with a girlfriend who had not been there in a decade. I packed some snacks, grabed the camera and headed out. We had a spectacular NM day with skies even more sparkling blue than usual. Our first stop was the Mabel Dodge Luhan House. It is one of my my secret retreats..so lets keep this between us. 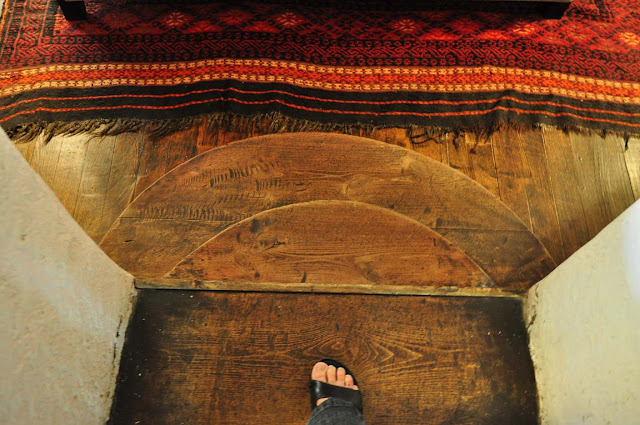 If you are unfamiliar with Mabel Dodge Luhan you may be unaware that she was instrumental in introducing New Mexico to some of the greatest creative talents of the early 20th century. Salon hostess, art patroness, writer, and larger than life character, Mabel's was home and haven to the likes of  Georgia O’Keeffe, D.H. Lawrence, Ansel Adams, Martha Graham and Carl Jung, among many other notables.
Every time I step though the doorway to the main house it never fails to thrill me with thoughts of those that came before.
Still very much alive with creative energy, the house and conference center offers workshops on mixed media journaling, writing, photography, painting and much more.
And oh yes, let's not forget to mention a ghost or two. A story, a ghost story for another time.. 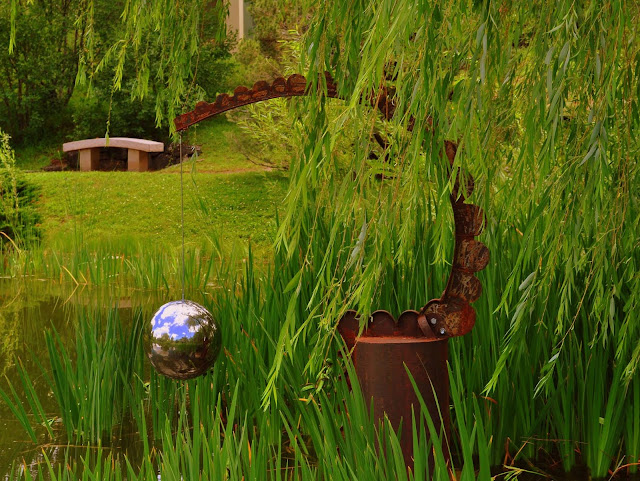 On the same Cottonwood sheltered hill, and next door to Mabel's is
The Henningsen Gallery and Sculpture Gardens 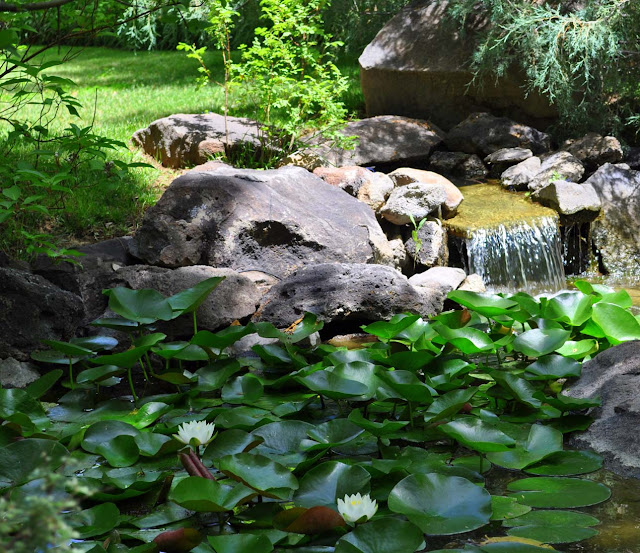 The lush green grounds are a feast for the eyes.. 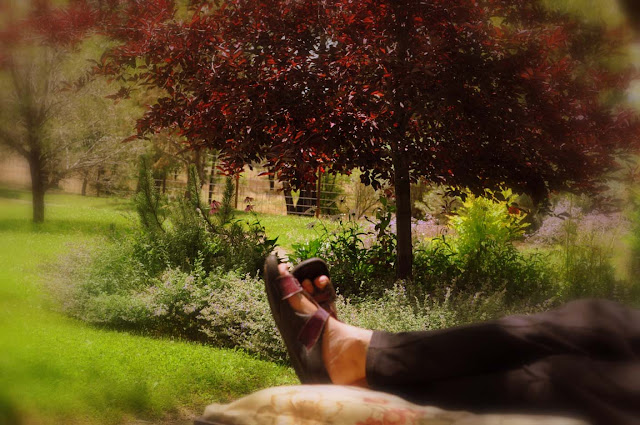 and treat for the desert weary traveler. 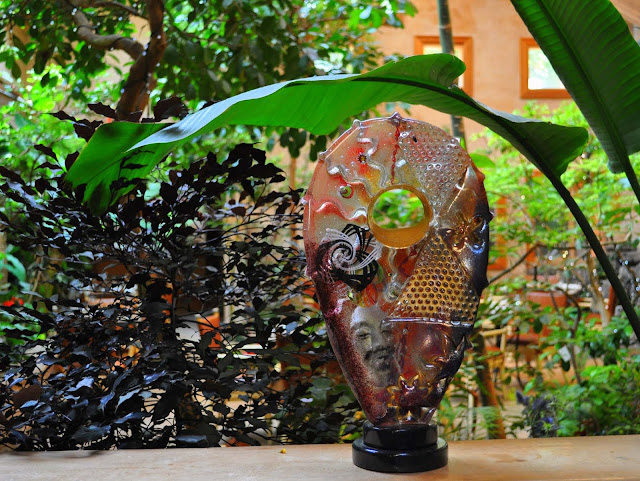 After a relaxing lunch, and some fun shopping
(which will have to be a separate post since I took so many photos)
we ended our day exploring what was new at El Monte Sagrado
I love the grounds, decor and the art..especially the amazing glass art by Susan Gott. 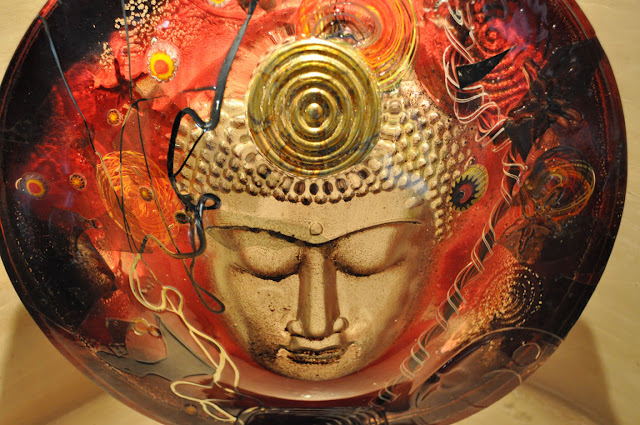 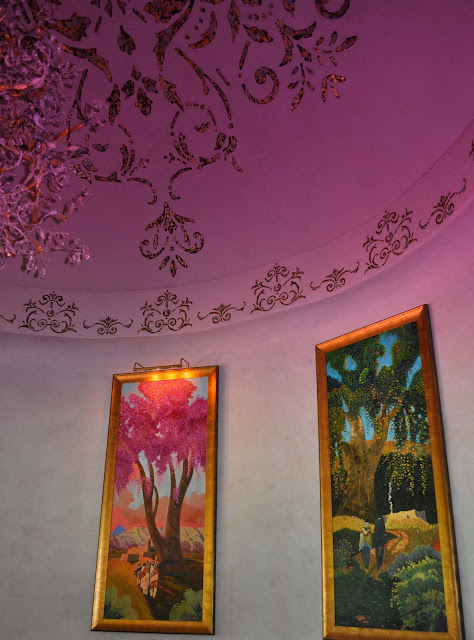 and the work of Ed Sandoval 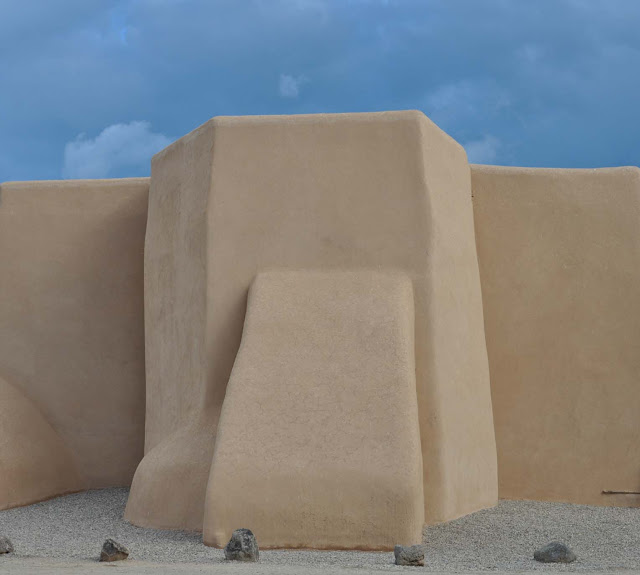 Heading out of town we caught the Rancho de Taos church (which has been painted and photographed by everyone and their brother) with some great lighting.
The soft, and sensuous, newly adobed walls where to much to resist. 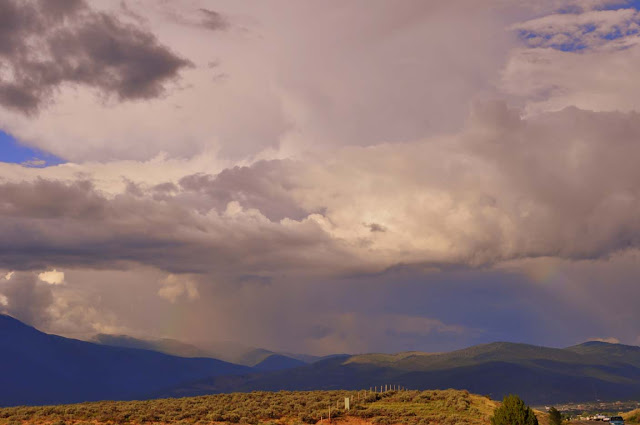 Leaving Taos behind, it bid us adios with not one, but two rainbows to send us sweetly on our way.

Krista
Santa Fe, United States
Life is sometimes enchanting..and sometimes not so much. Colorful, creative and sometimes magical, life in Historic Eastside Arts district of Santa Fe is rarely boring, being a haven to creative souls for the past 400 years. Here you will find posts on art, nature, creativity, inspiration and celebrating life from around the world. I invite your participation. See the Call to Creatives below.

View my complete profile
All photographs by Krista Jarrard unless noted otherwise.
Please do not reproduce, its just not cool.