A visit from the Book Fairy

Back in July I was looking forward to a visit with mixed media, and visual journaling artist Kelly Kilmer as she passed through our fair city of Santa Fe on the way to teaching a class in Colorado. I had been a fan of Kelly’s after discovering her blog this past winter. I flew to Scottsdale to take her mixed media journaling class in April, after which I began scheming on getting her to teach Santa Fe. The plan was to meet up at Stampa Fe and have some time to visit and maybe show her, and the family around town. As it would turn out her trip out, her trip from LA became the road trip from you know where, when they became involved in an accident. Luckily they were okay but her time in Santa Fe was cut short. We decided to meet up at the Verizon store, grab her new "Droid", and have a tea before she headed on her way. She showed up with a gift of tape, yes some of her glorious stash of tape, I was touched. Kelly is a most generous person, anyone that has taken one of her classes would agree. But poor Kelly, it appeared nothing about Santa Fe was going to be easy. The line at the store stretched on forever, and over the course of a few hours we had a chance to really chat. I shared that it had been a difficult winter after the passing of my sweet doggie companion, and my interest and insecurities about the blog I was starting. I ran to a nearby coffee house for some ice tea fortification. When I returned she was smiling and started asking me about Christine Mason Miller , was I familiar with her and the the 100 Books Project. I remembered reading about it, and now I started smiling. That is when she told me she had been entrusted with one, and indeed was a Book Fairy. How wonderful I thought, to know someone involved in this magical experiment. Before you know it she was telling me that she believed I was the one that was supposed to receive her copy. I am a little embarrassed to say just how touched I was, and how much it meant to me.

We went outside and she took the picture of me holding the brown paper package...this is a gift for you, YES YOU! I was beaming like I had just found a pot of gold. To say it made my day would be an understatement.

Kelly and I said our goodbyes, and I started planning on how I would ritualized the opening of the package. 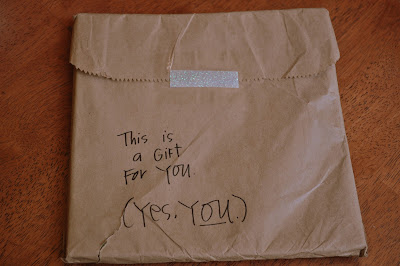 I saved the big event for an art journaling night with a girlfriend. I shared the saga of the journey of the book, and I opened it. I had not seen Ordinary Sparkling Moments  so I didn’t know exactly what I was opening. I  was thrilled to discover just how charming, and inspiring the book was when I read it before falling into a sweet sleep that evening.. 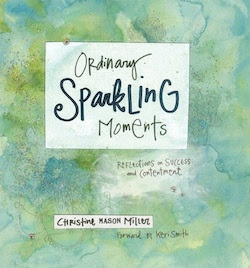 Krista
Santa Fe, United States
Life is sometimes enchanting..and sometimes not so much. Colorful, creative and sometimes magical, life in Historic Eastside Arts district of Santa Fe is rarely boring, being a haven to creative souls for the past 400 years. Here you will find posts on art, nature, creativity, inspiration and celebrating life from around the world. I invite your participation. See the Call to Creatives below.

View my complete profile
All photographs by Krista Jarrard unless noted otherwise.
Please do not reproduce, its just not cool.